December 21, 2010
Connor mentioned making a gingerbread house a few weeks ago.  I found this one at Michaels. I had thought about doing a real one, but this way, he could keep it in his room if he wanted. to.  Instead, he wanted it to sit on the bay window so that he can look at it when he eats. 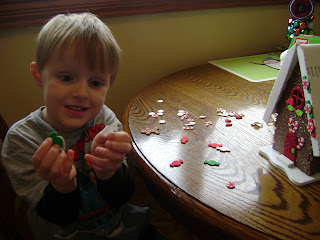 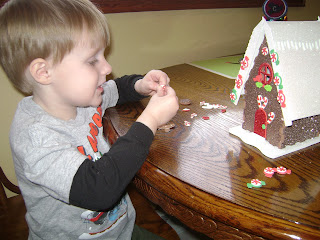 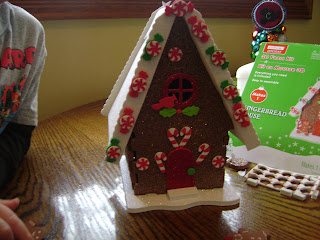 There were two gingerbread people that came with it, but he likes to play with them,
so they aren't living in the house right now. ;)