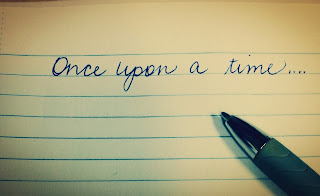 So I've got this friend. And she wrote a book. I'm only half-way through it, but it's amazing. I'm super jealous and all, because she actually did what she said she would do, while I just sit here and say, "I should write more."

So I'd like to say to her, "Thank you for the inspiration!"

The early morning sun was cresting above the ocean, setting off a wave of pale colors throughout the sky to the east. Kate stood on her porch, the steam from her coffee mug wafting gently through the air as she breathed in the strong aroma. It was like being in one of those coffee commercials, she laughed quietly to herself. This was her favorite part of living right on the water – the silence and solitude that came every morning. It wouldn’t last long. Despite the coolness of October, the beach was close enough to town that a steady stream of people would visit during the day – joggers choosing to run along the water instead of a sidewalk, stay-at-home moms breaking from park routines to watch their children play in the sand, and those careless souls who loved to walk along and watch the fishing boats in the distance.

The last throngs of tourists had finished their vacations and headed back home after Labor Day weekend, leaving her sleepy little lake town quiet again. It wouldn’t pick up again until the Harvest Festival in two weeks.  She wouldn’t need to hurry to her shop by 6 a.m. every day for the morning rush. She was thankful when Christine had offered to take the early shift for the month. Kate was in need of a break as she prepared for the upcoming busy season – the Harvest Festival was a big draw and had grown larger and larger with each passing year. What was once a simple town parade and sidewalk fair had turned into a celebration of grand proportions.  The beach was just one of the draws to the town – nearby farms blossomed with pumpkins and hay bales that would soon line Main Street in anticipation of the festival. The leaves on the trees would shine with their bright colors of gold, orange and crimson. The crispness of fall perfumes the air and the blustery wind sweeps through, rustling the soon-to-be barren branches. The storefronts would be ablaze of autumn décor – colorful lights, spooky skulls and bright orange jack-o-lanterns would fill the windows, each one carefully set up to entice those passing by to come in for a spell.