July 03, 2015
I was able to take a few days off work - one of those days being the twins' 7th birthday!
So far, we are making great progress on our summer bucket list!

On the twins' birthday, after we opened presents and went to swim lessons,
we headed out to the lake with my parents, my uncle, my sister, and her two kids
for some fishing, picnicking, and s'mores! 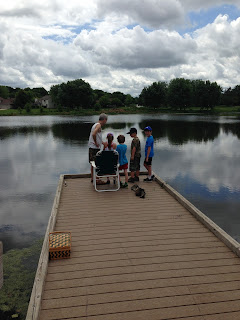 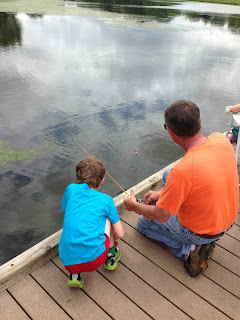 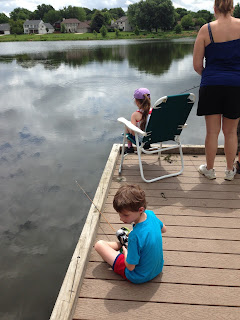 Here is Keira, 10 minutes later, after she fell off the dock and almost drowned.
Seriously, we have no idea how she fell in.
I heard her scream, and then saw her falling into the water.
She went under because it was too deep to stand,
but my dad was right there and jumped in after her. (The water came to his chest.)
There is never a dull moment around these parts. 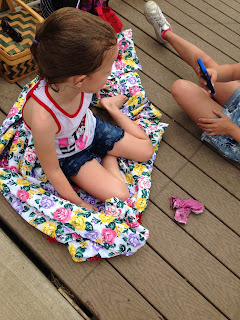 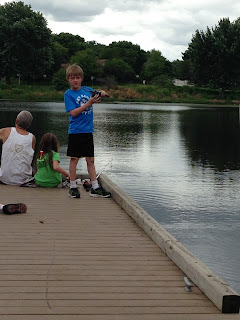 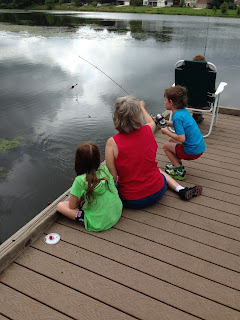 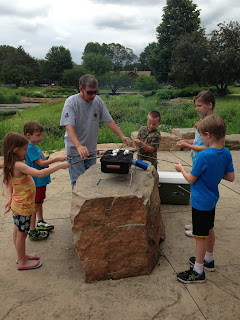 Later that day, we went to dinner at IHOP (the twins' choice)
and back to our house for cake (which they didn't eat)
and ice cream (which they did) and presents.
They wanted to stay up late to catch fireflies,
but I had had enough excitement for one day. ;) 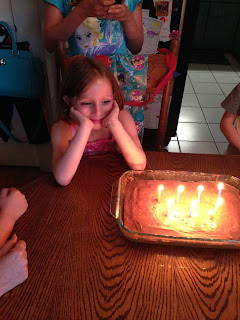 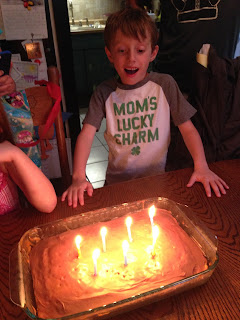 The weekend was busy too - Connor had a double-header,
and we visited the splash pad and had ice cream. 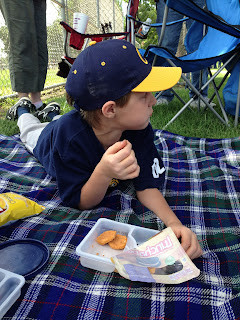 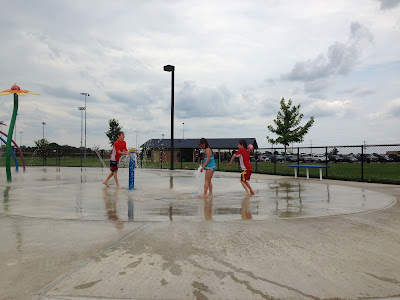 On Wednesday night, we packed up the van with blankets and popcorn and headed to the drive-in movie theater. It was the first time for the kids... we saw Inside Out.  We all had a great time! 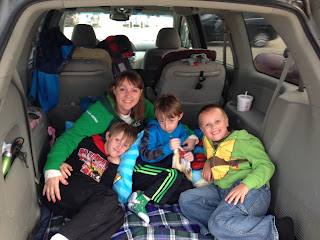 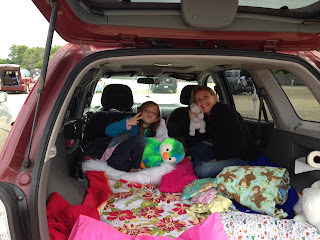