One of the things that I love about Disney are all the things to do. Not just the parks, but the many other fun things that you can do when at the most magical place on earth.  The last time we went to Disney, we had full days at all the parks, and no time for anything else.  That really didn't work for my family. My kids like their downtime.  So on day three, we made plans to do something totally different.  My parents, sister, and her kids chose to rent a car and drive to Clearwater to see a famous dolphin and check out the beach.  My family stayed behind and made a day of checking out the other things Disney has to offer.  After a relaxing morning and breakfast (it was nice not having to rush to get to the bus!), we walked down the path to Port Orleans - Riverside, the other resort nearby. 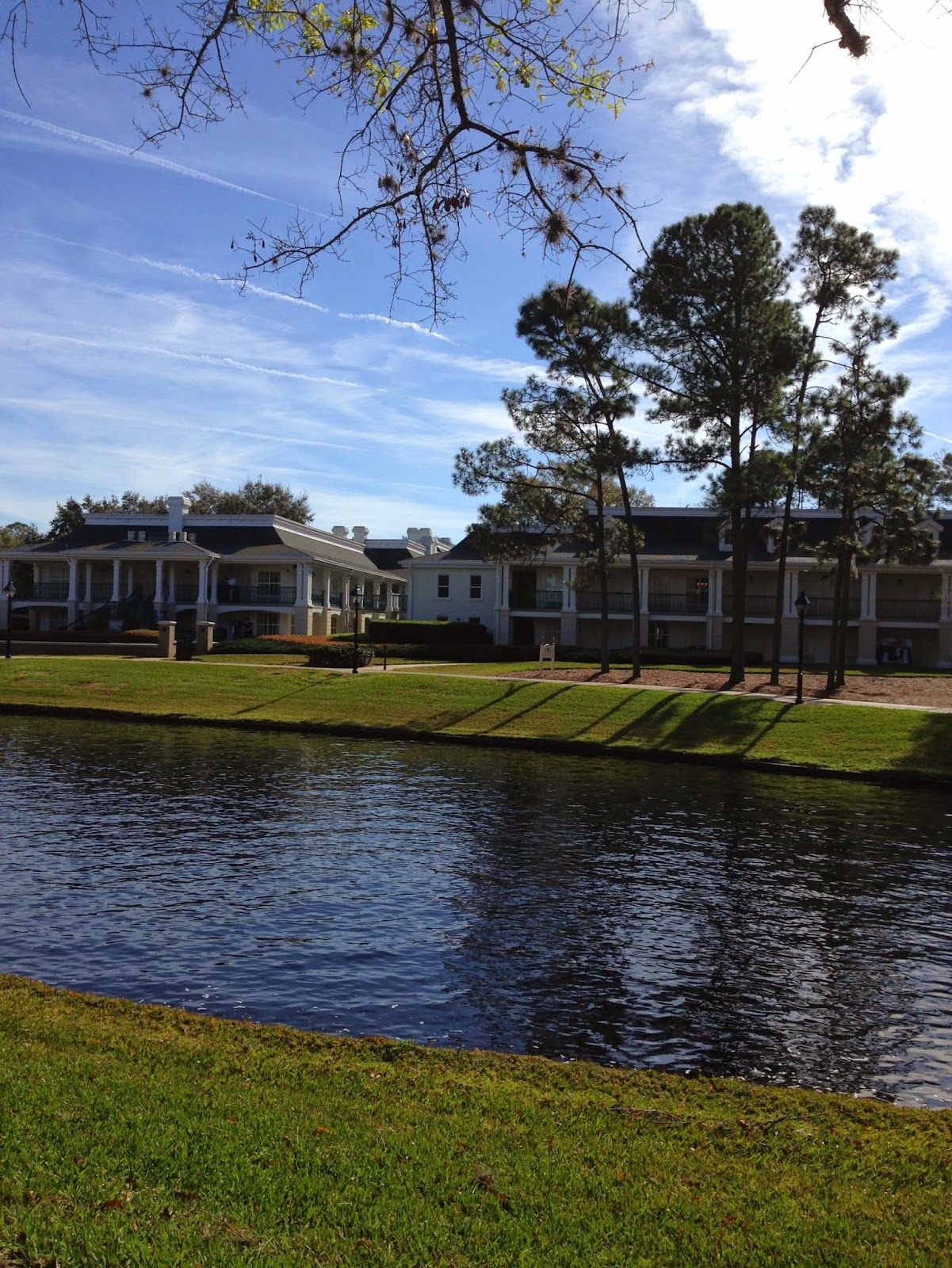 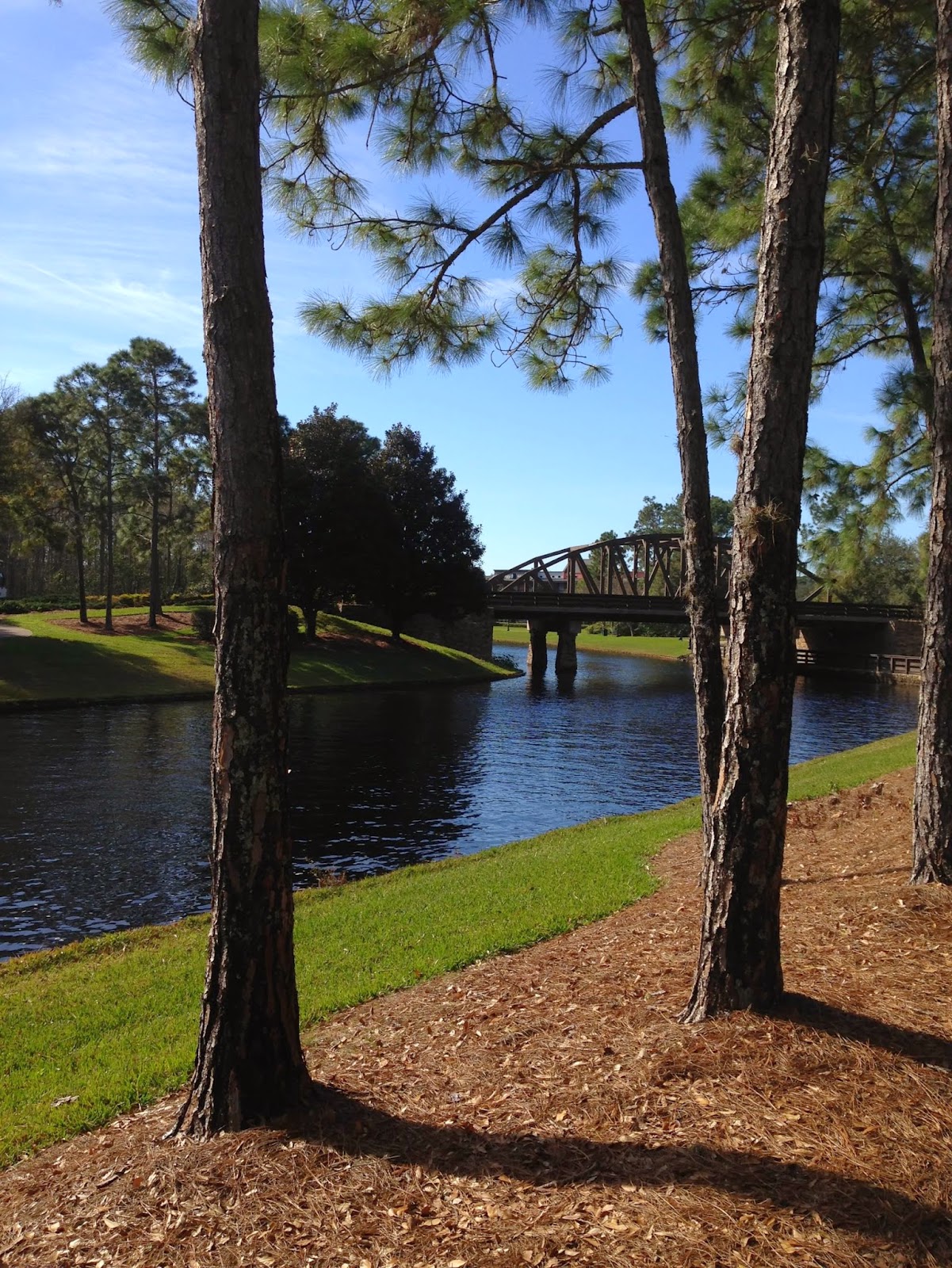 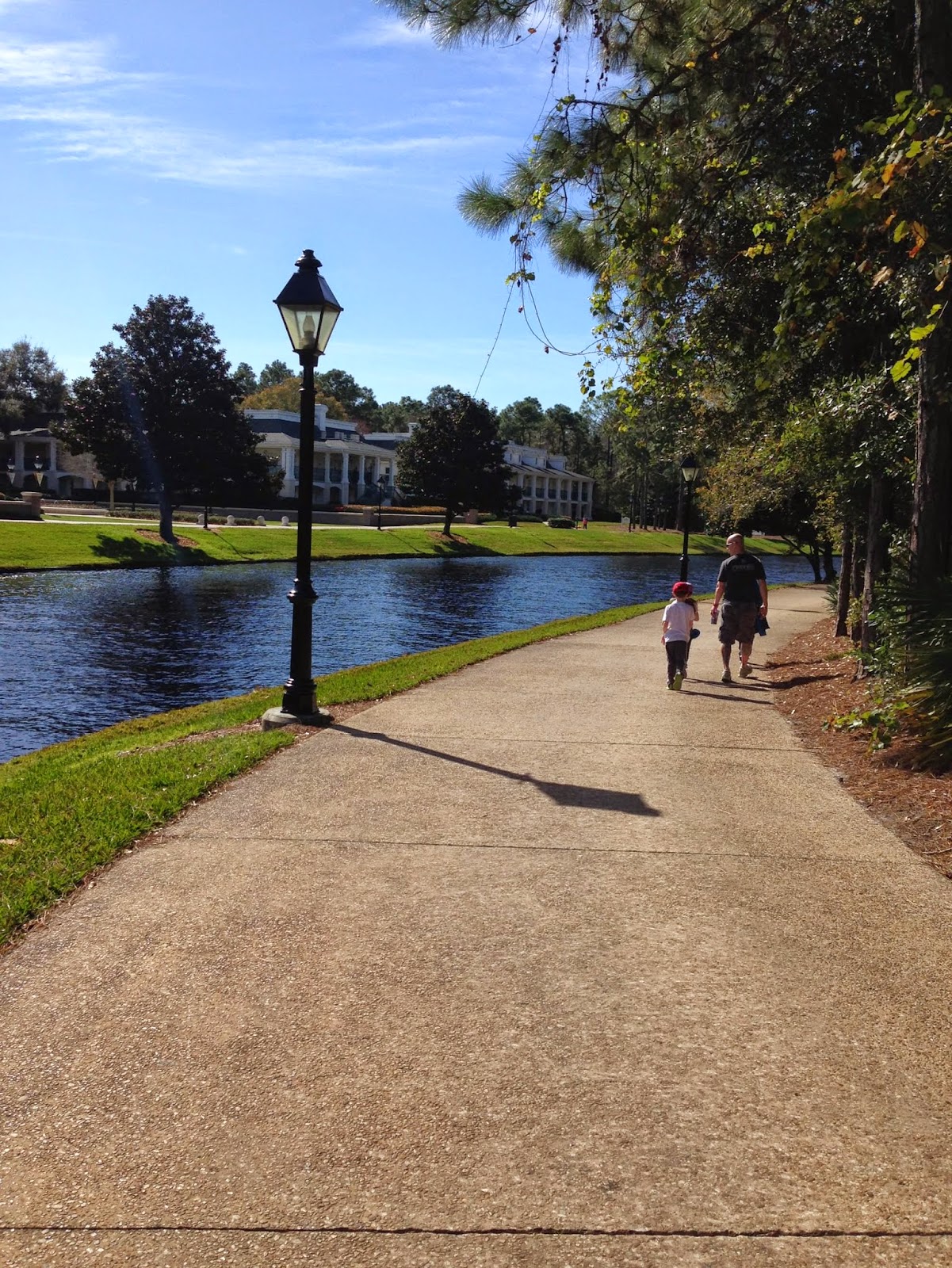 We checked out the pool, although it was still a little cool to swim.  The kids played at the playground, then we headed back to our side.  I really wanted to check out the Animal Kingdom resort, so we hopped on a bus to head over there. We got off at the Animal Kingdom, then onto another bus that took us to the resort.

It was amazing! It was lunch time, so first we ate at the quick service restaurant in the hotel. Then of course, my kids had to check out the playground.  It was a little small for them, but they never let that stop them. 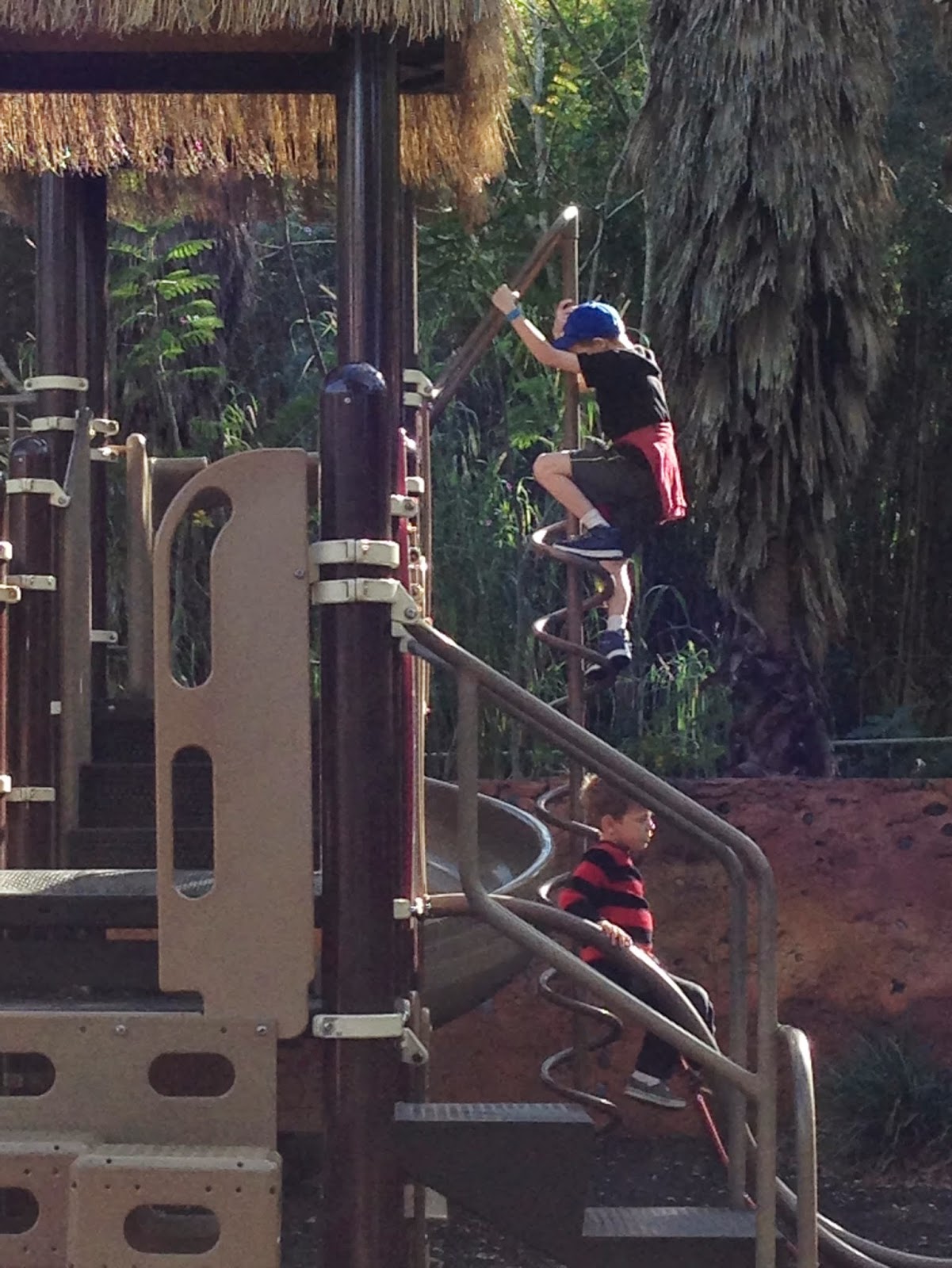 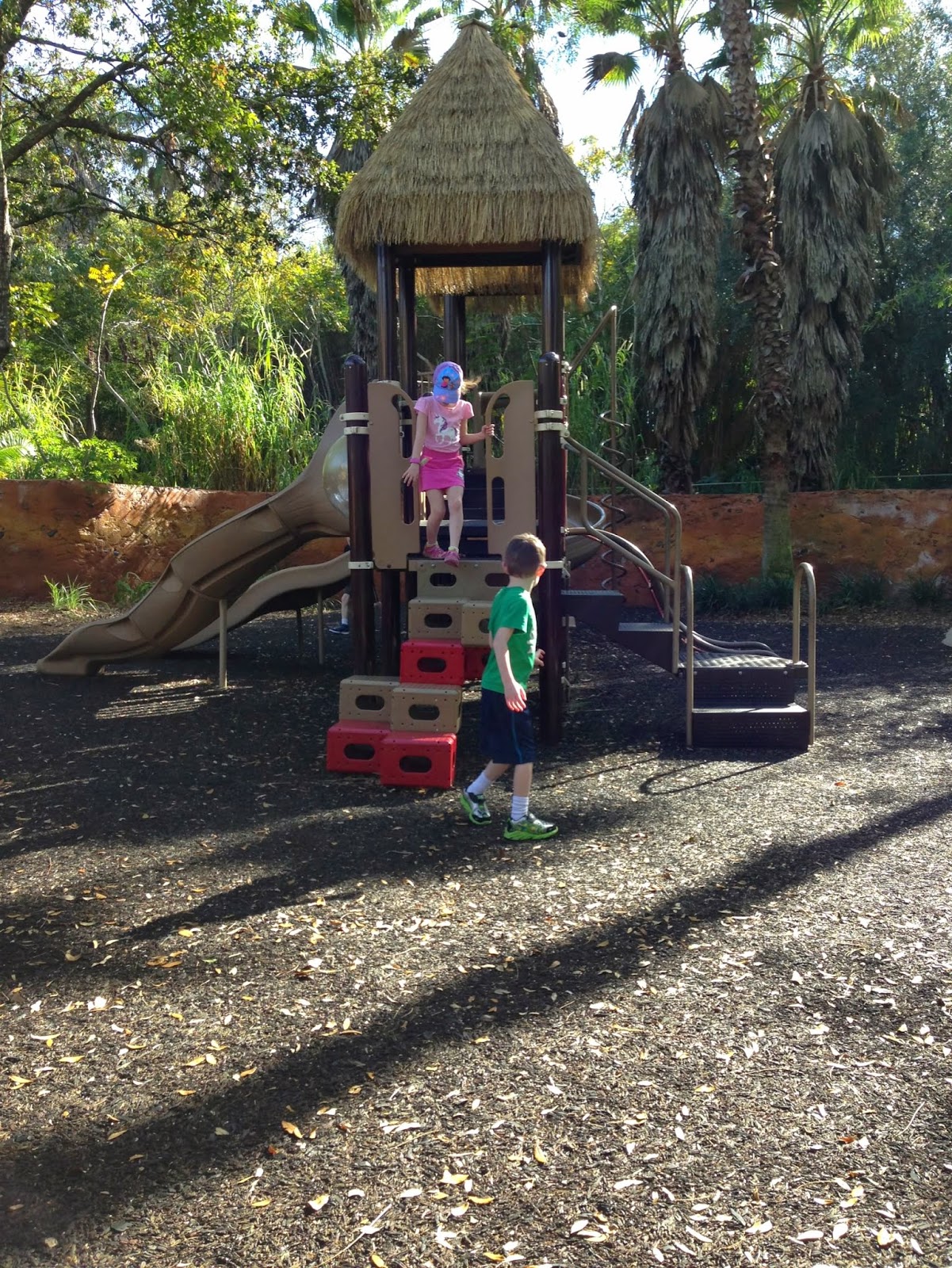 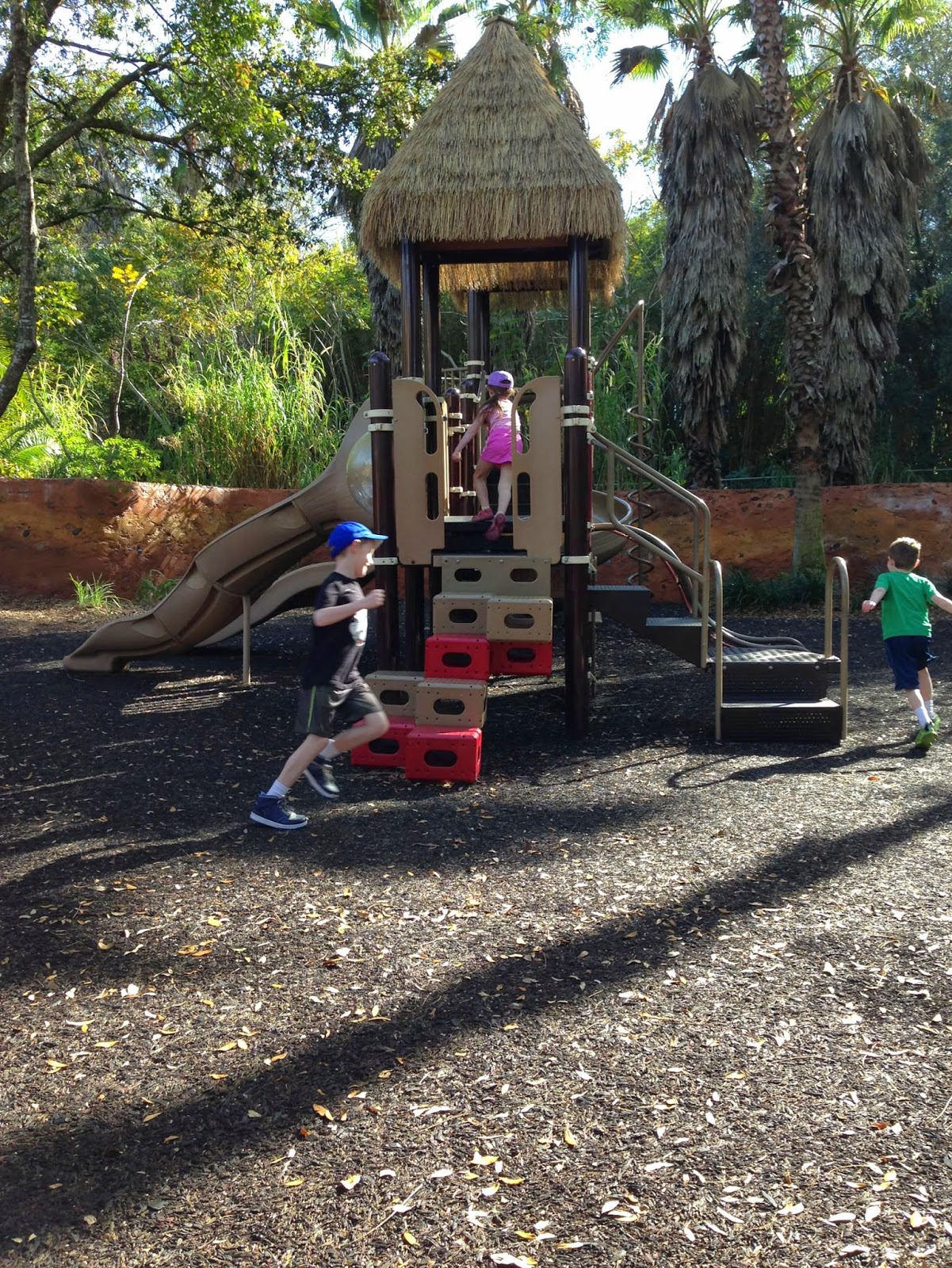 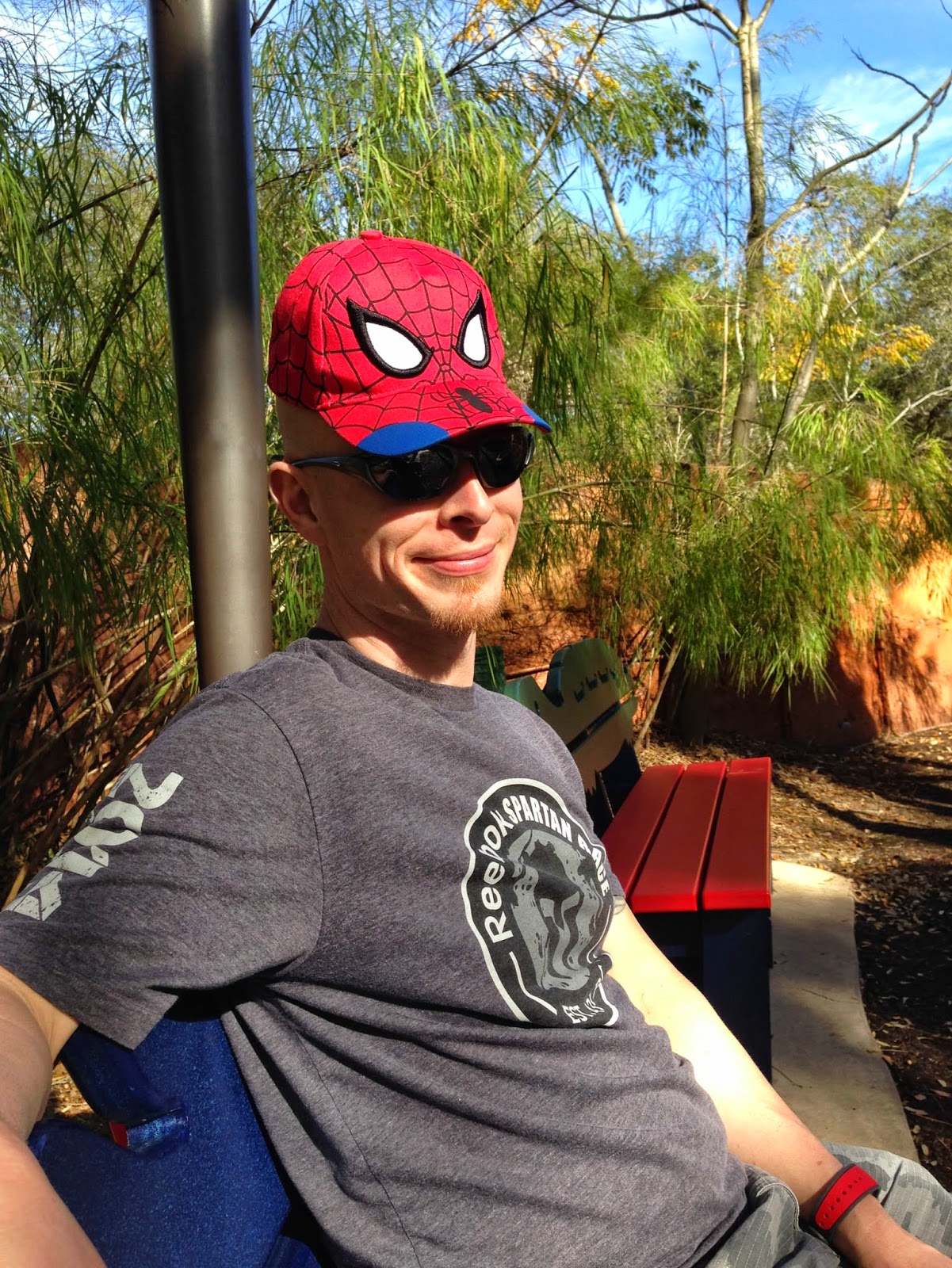 Afterwards, we walked to the Savannah. That's right - a real savannah on the resort! It was cool to see the animals up close. There was even a staff member there to answer questions. 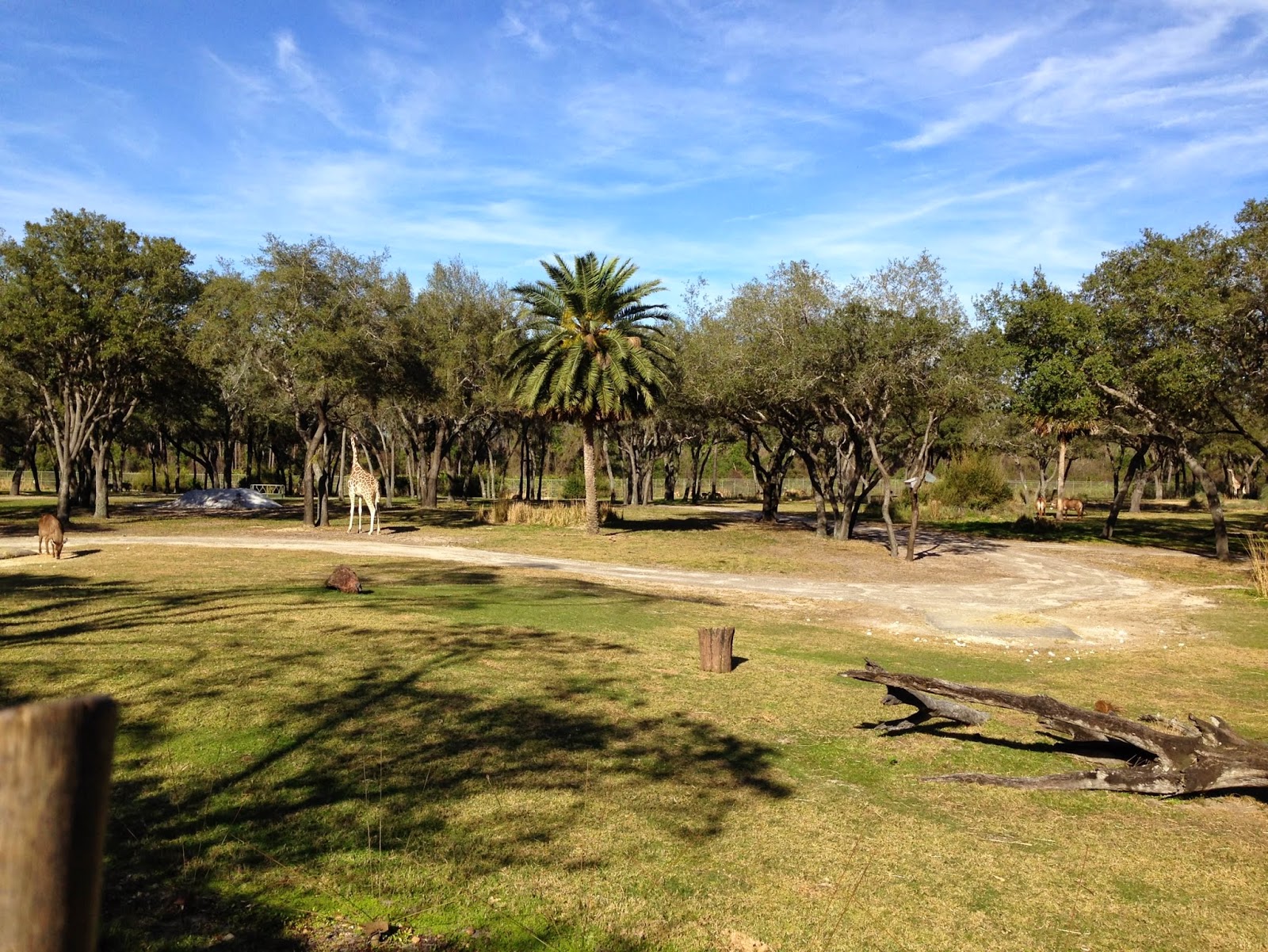 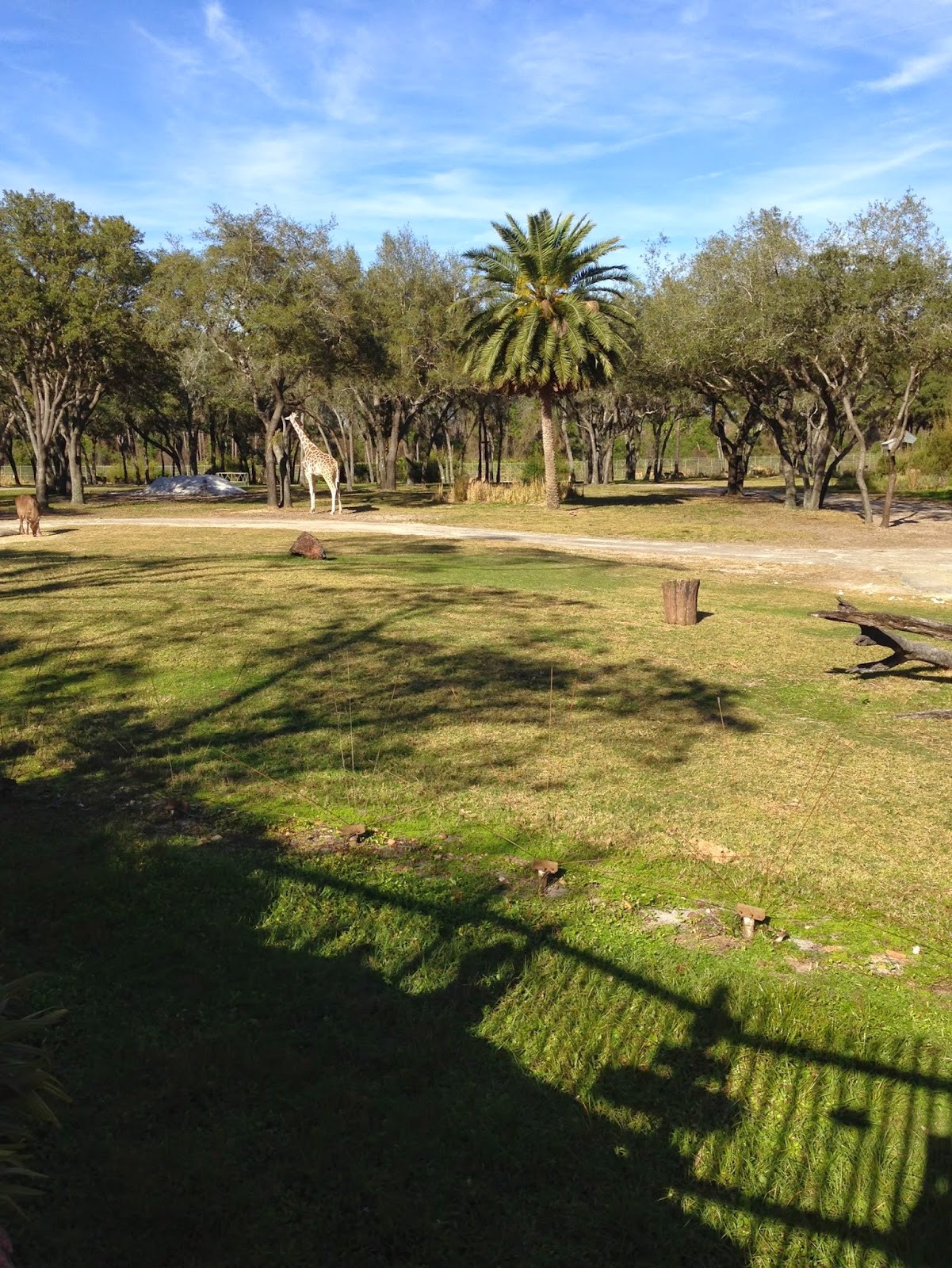 We also explored the hotel before hopping on the bus to take us to Downtown Disney. 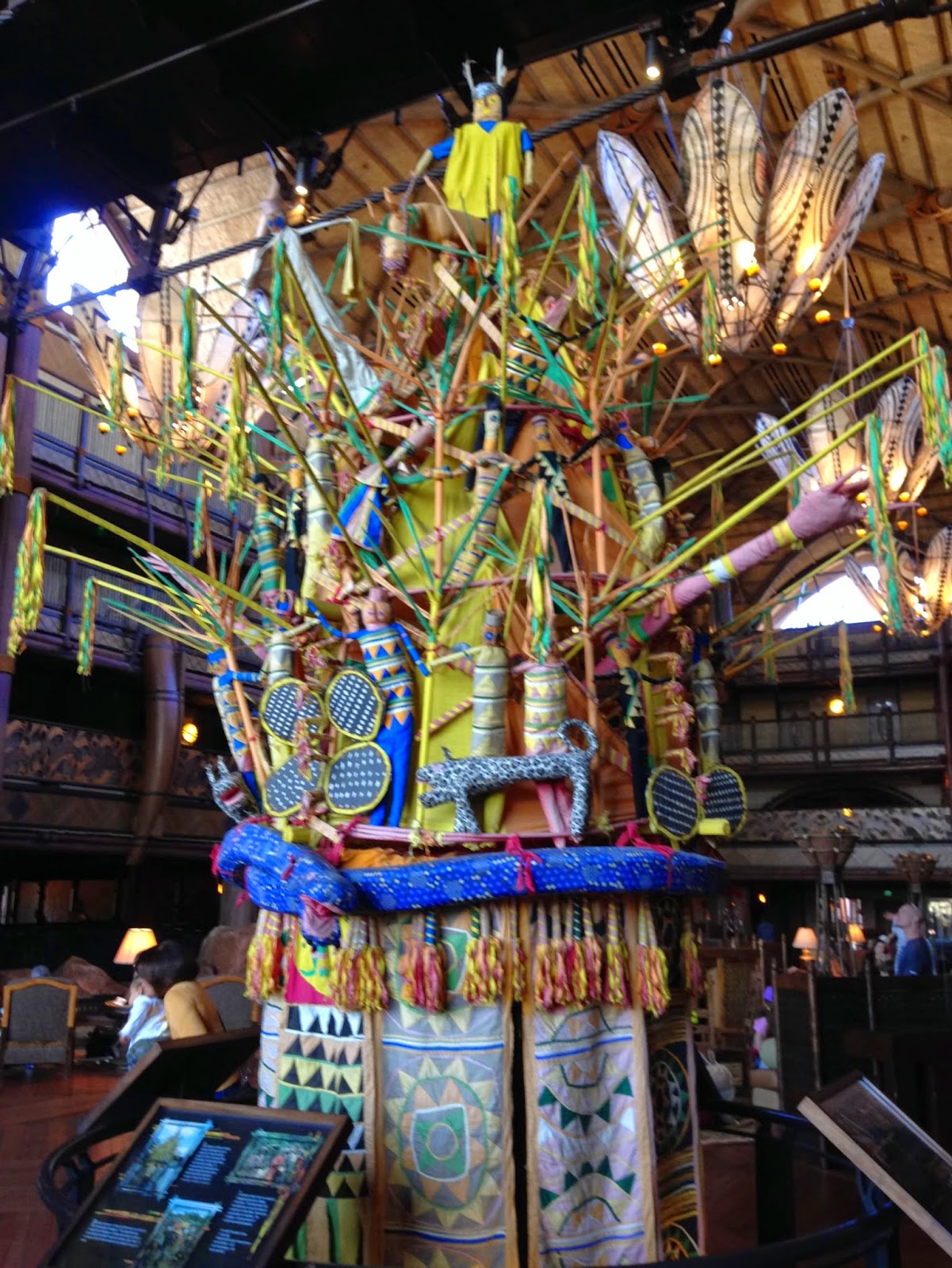 When we finally got back to our resort, it was time for the pool!  There was an awesome water slide which the kids loved.  And as long as we were right at the bottom to catch the twins, Keira and Colin loved it as well.  Life jackets are provided which was nice too.  So no pictures of us in the pool since we were with the kids the whole time. After we were done, I did let them slide into the hot tub for a few minutes, and then made Daddy take the kids back to the room for snacks, while I had a few peaceful minutes alone. ;)

After lounging and watching some cartoons (they loved the Disney short animations that played on one of the channels), we walked down to the the campfire! That's right - they serve s'mores before supper! 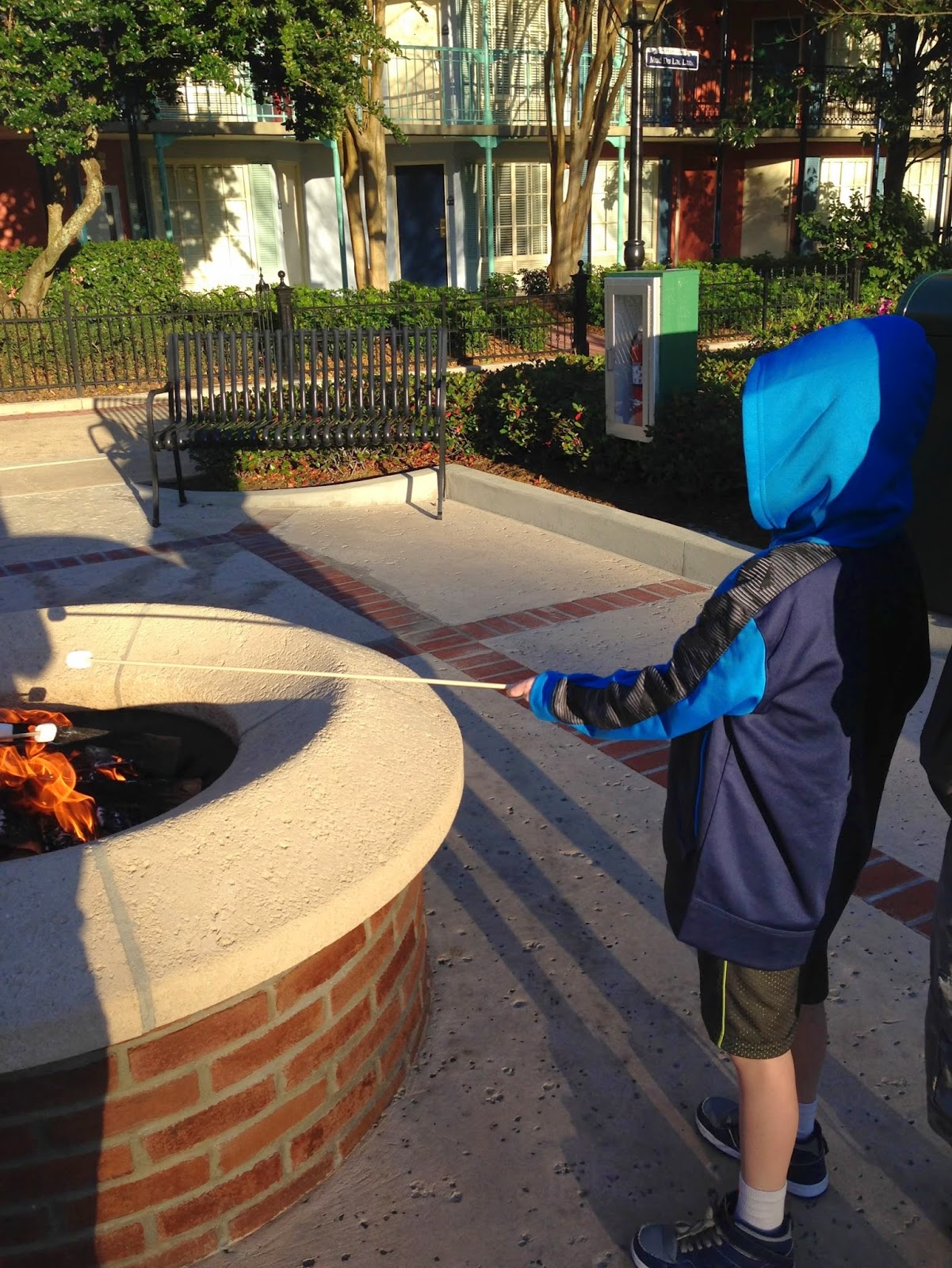 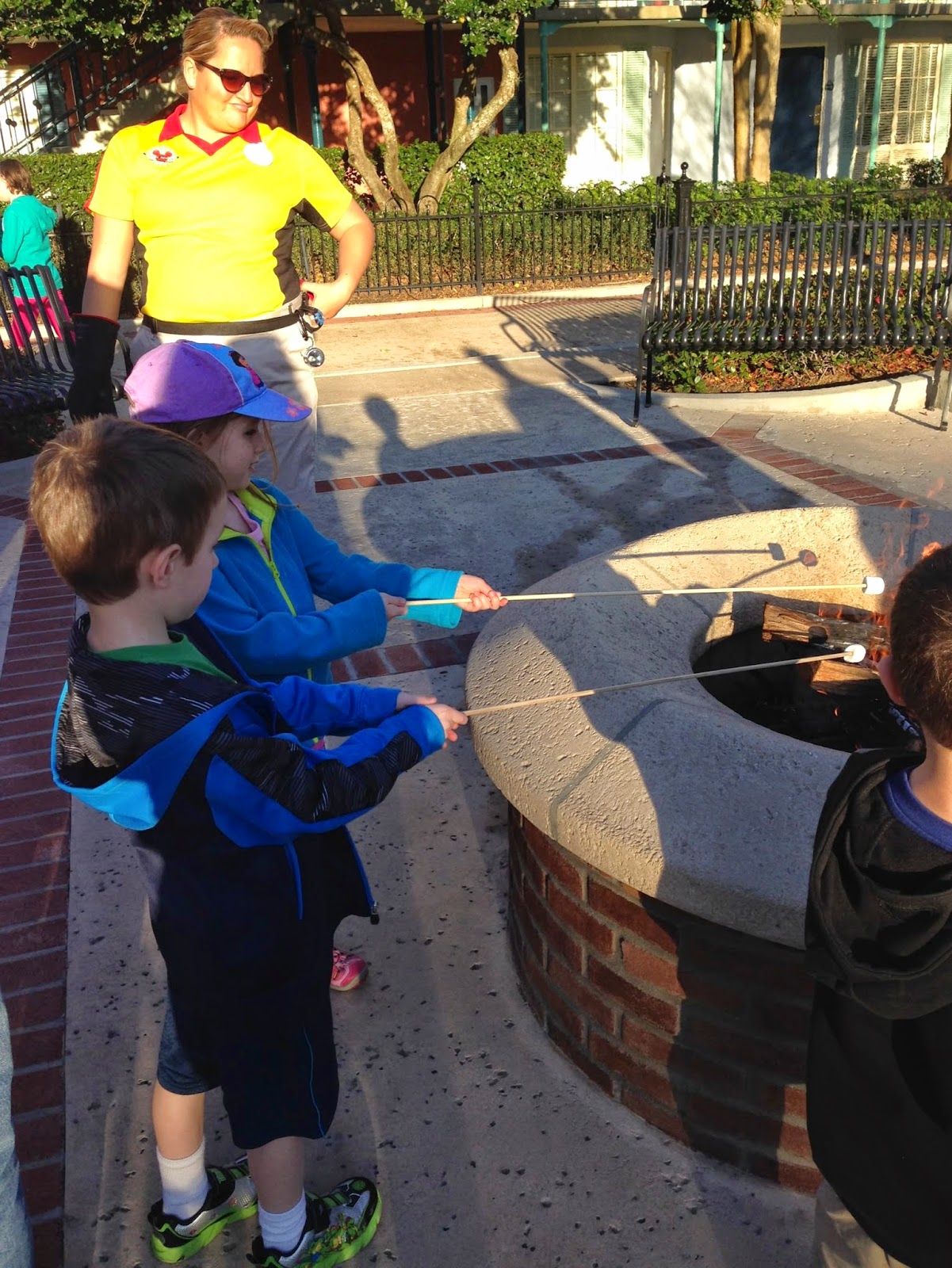 Then we walked back to the Riverside resort for dinner.  Options were pretty much the same for the kids, so it wasn't that big of a deal.  The kids were really looking forward to what came after supper.

A movie in the park!

Towels are provided to lay out on, so we grabbed a few and spread out. Keith even surprised me with a cool drink from the bar. :) 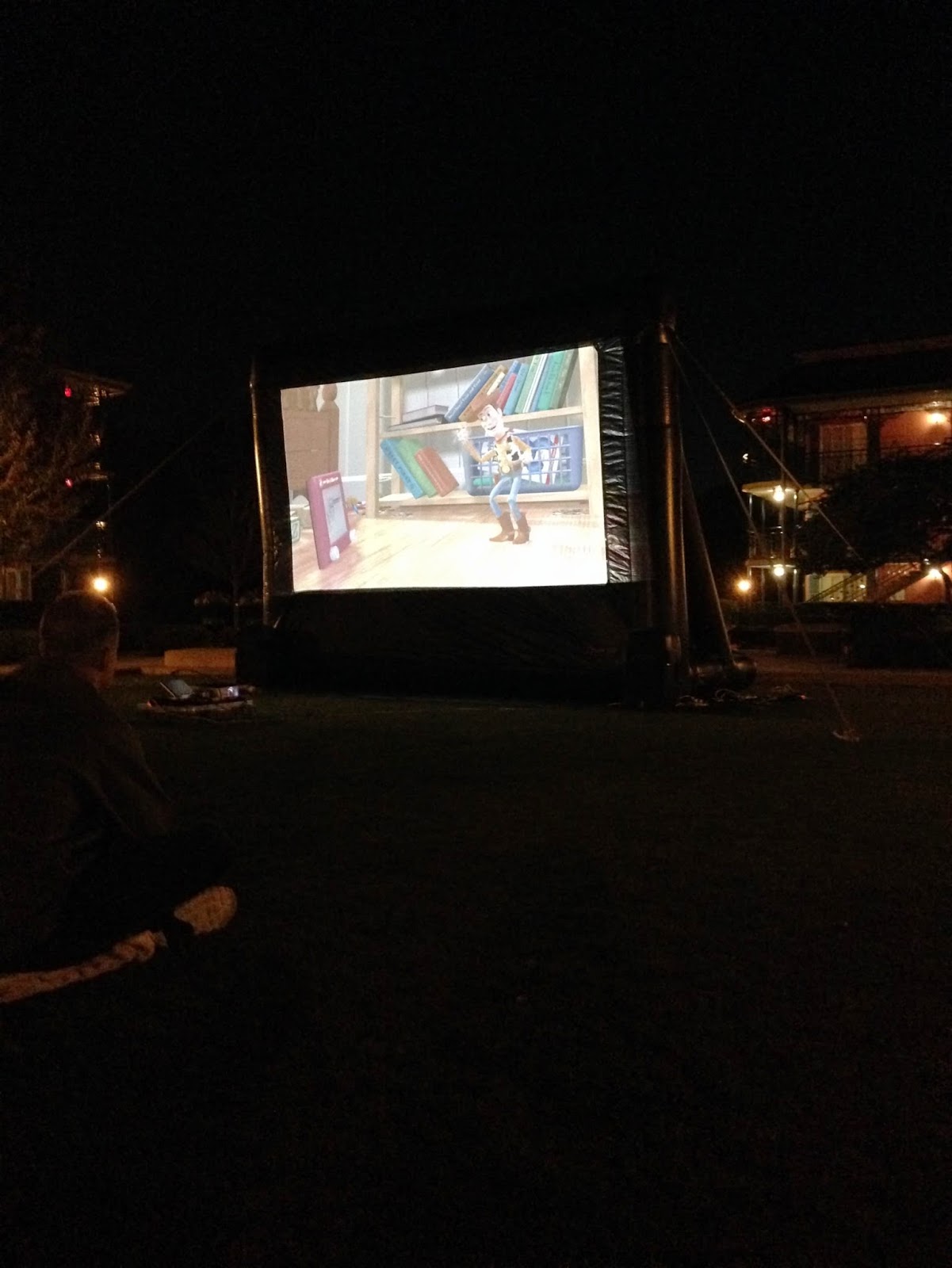 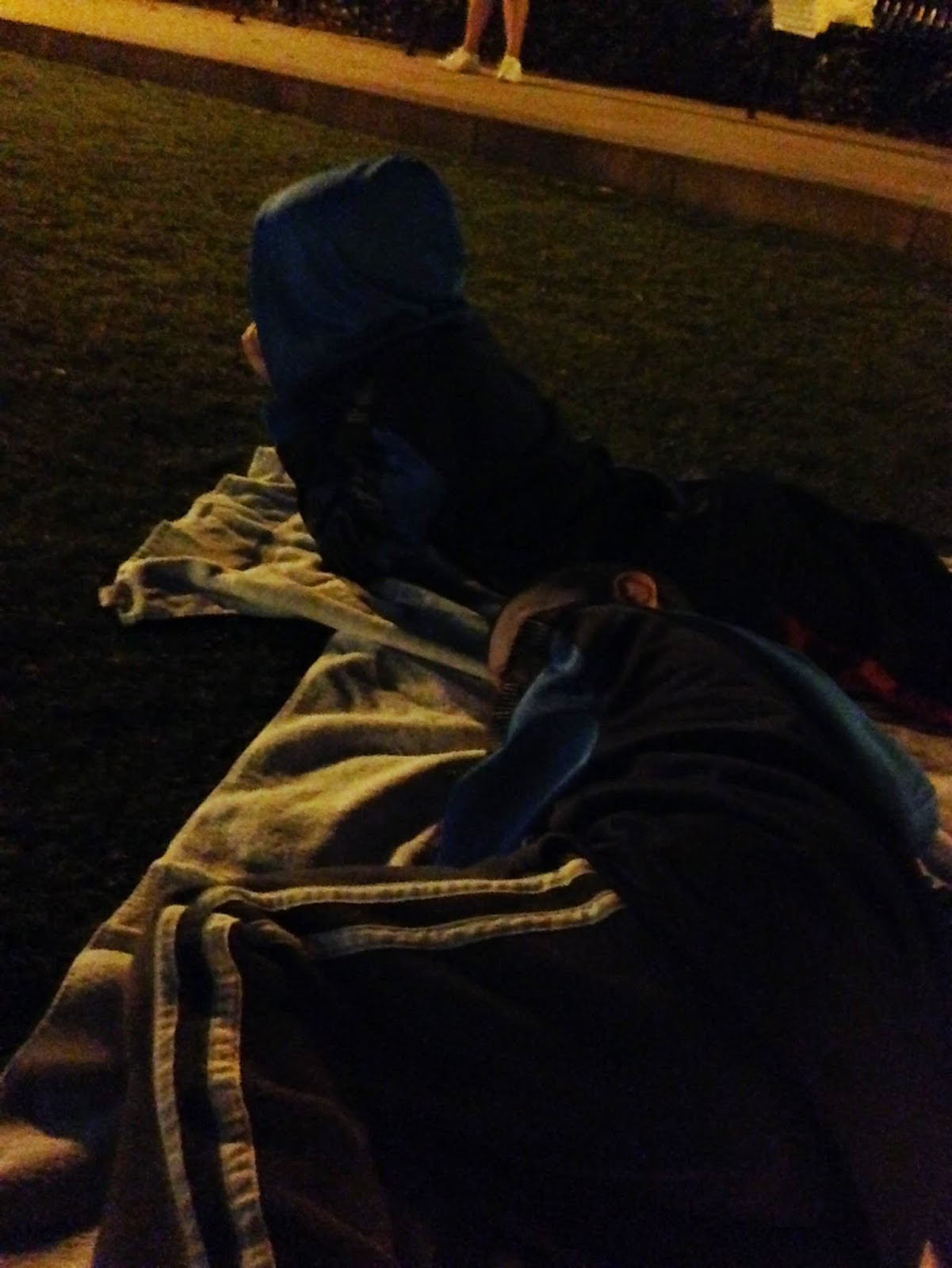 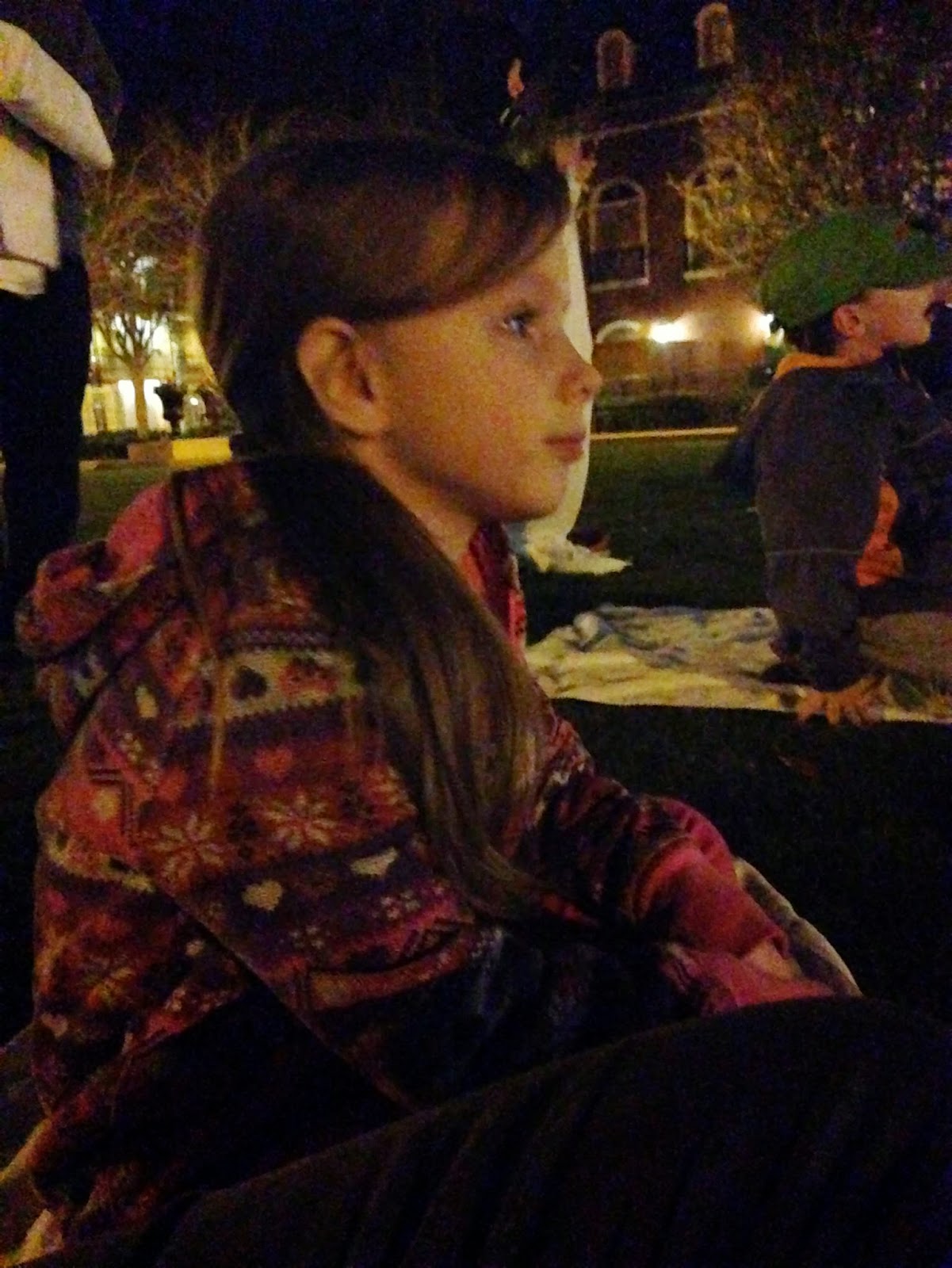 All in all, it was a great day! A nice relaxing break to the busyness of the trip.  I know it's hard to plan in downtime, especially when you spend so much money to do to Disney World and want to really get your money's worth, but this special, non-scheduled day was one of my favorite memories.