November 12, 2014
For fun and memories, I'm sharing a day-by-day recap of our anniversary trip to New Orleans.

We arrived on November 3. Our flight left Chicago at 11:30 a.m., so our morning was a flurry of getting kids ready for school, last minute packing (for me and the kids), and driving to the airport. The flight was uneventful - I am glad we went with Midway since it's smaller.

The hotel shuttle dropped us off at the amazing Dauphine Orleans hotel. Choosing a hotel was one of the hardest decisions I had to make about this trip. I wanted something in the French Quarter, close to everything we love, as well as steeped in history... and ghosts. Yup, that's me. :)  Now, sadly, we did not see a ghost, but we still had a great time!


After checking out the hotel (they serve iced tea and cookies every day at 3 p.m.!), we took a stroll around the Quarter. The first stop was Jackson Square. This is easily one of my favorite places. I love the cathedral, but also the life around the square. People selling artwork, the psychics outside the cathedral reading your palms, and the quaint little shops along the square. 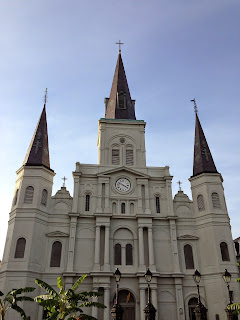 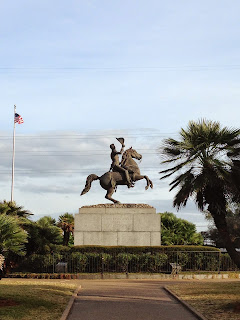 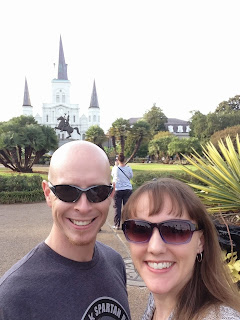 Since we flew in to New Orleans over lunch time, we were pretty hungry. We chose Bubba Gump's for an early supper. I called home to check on the kids and received a good report overall. They were super excited to be staying at Grammy's (the boys) and Nana's (Keira), so they were too busy to talk. :)

After we ate, we walked around the Quarter some more. 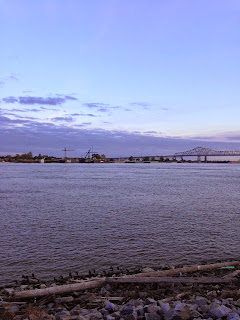 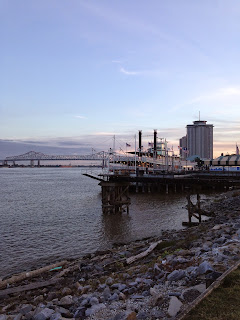 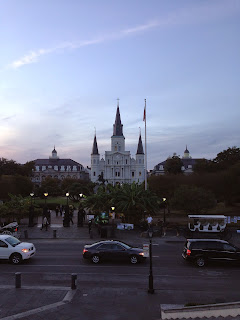 As we headed back to our hotel, we did hang out on Bourbon Street.  Since it was early on a Monday evening, it was the slowest I've ever seen the infamous street; but even slow, it was still full of life.

Since we are an old married couple now with three rambunctious kids that still wake us up in the night, we actually headed back to our hotel relatively early for New Orleans' standards.  The hotel gave us complimentary drink coupons for the famous May Bailey's bar (it was once a well-known bordello in the Storyville district), so we relaxed by the pool, enjoying the warm weather and a margarita. 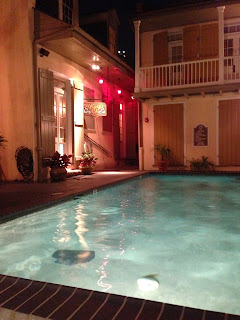 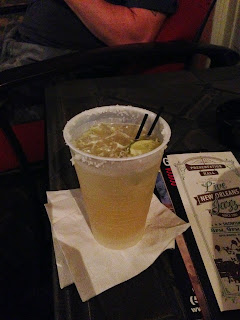