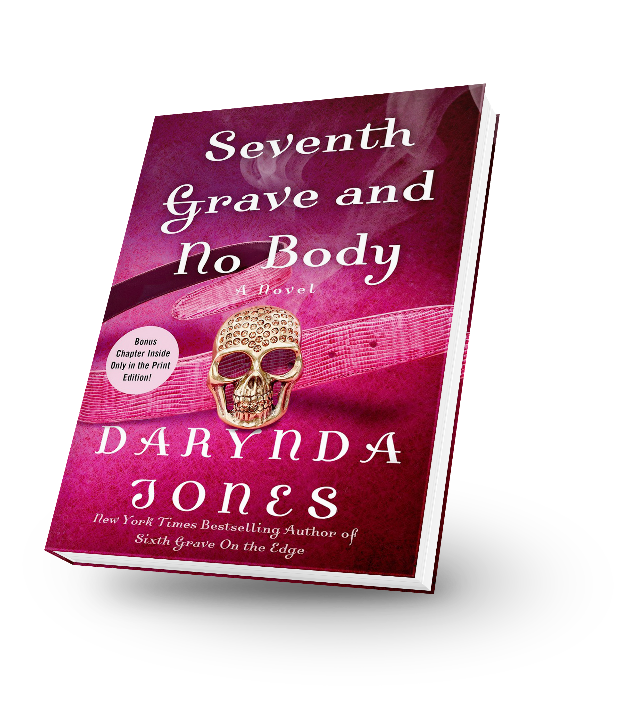 Twelve. Twelve of the deadliest beasts ever forged in the fires of hell have escaped onto our plane, and they want nothing more than to rip out the jugular of Charley Davidson and serve her lifeless, mangled body to Satan for dinner. So there’s that. But Charley has more on her plate than a mob of testy hellhounds. For one thing, her father has disappeared, and the more she retraces his last steps, the more she learns he was conducting an investigation of his own, one that has Charley questioning everything she’s ever known about him. Add to that an ex-BFF who is haunting her night and day, a rash of suicides that has authorities baffled, and a drop-dead sexy fiancé who has attracted the attentions of a local celebrity, and Charley is not having the best week of her life.

A tad north of hell, a hop, skip, and a jump past the realm of eternity, is a little place called Earth, and Charley Davidson, grim reaper extraordinaire, is determined to do everything in her power to protect it.

NYTimes and USA Today Bestselling Author Darynda Jones has won numerous awards for her work, including a prestigious Golden Heart®, a Rebecca, two Hold Medallions, a RITA ®, and a Daphne du Maurier, and she has received stellar reviews from dozens of publications including starred reviews from Publisher’s Weekly, Booklist, and the Library Journal. As a born storyteller, Darynda grew up spinning tales of dashing damsels and heroes in distress for any unfortunate soul who happened by, annoying man and beast alike, and she is ever so grateful for the opportunity to carry on that tradition. She currently has two series with St. Martin’s Press: The Charley Davidson Series and the Darklight Trilogy. She lives in the Land of Enchantment, also known as New Mexico, with her husband of almost 30 years and two beautiful sons, the Mighty,      Mighty Jones Boys. She can be found at www.daryndajones.com.

I set Cookie to finding out everything she could on the missing suicide-note victims. There had to be a connection between them somewhere in their pasts. In the meantime, I would go talk to their closests, but first I needed to know if the victims were still alive. If they’d been abducted, this would quickly become a much different case. We would probably have to get the FBI involved, if they weren’t on to it already.
Reyes was still working, so I decided to cut out alone. I knew he’d freak. He wasn’t about to leave me alone for long, and neither would he put up with my running off without him, so I decided to pick up a passenger. Well, another passenger. The one I had at the moment would be of no help in a fight against hounds from hell, should they spot me in a crowd.
Jessica was harping again, this time about how her friends were at the restaurant, fawning over Reyes as though she had never died. She’d called dibs the moment she saw him, and they seemed almost relieved she was out of the way. I refrained from reminding her that (1) I’d had dibs long before that, and (2) she was as dead as the Twizzler I was gnawing on in an attempt to forget about my extreme caffeine depletion. Poor little Twizzler.
“She said that!” Jessica shouted. “Like, she said it. Right to Reyes’s face.”
“Wait, what?” I almost slammed on the brakes, then realized my foot was already on the brake, as we were idling at a stoplight. “Who said what to Reyes’s face?”
“Oh . . . my god. Have you heard a word I’ve said?”
“Not especially. Who said what?”
“She said she’d do anything, any . . . thing, for an interview.”
I turned to her. “Are you telling me you heard what Reyes and Jolene—I mean, that hooch—were talking about?”
“Duh. I was so upset with Joanie and the girls that I started to walk out when that—that ho practically assaulted our man.”