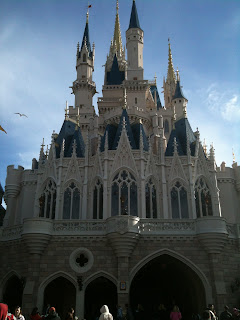 We had a bit of a later start to our fourth day, which was quite nice because the weather was COLD! It had dropped down to 32 degrees the night before. (Which was very disappointing, since it was only about 10 degrees colder than that back home!) 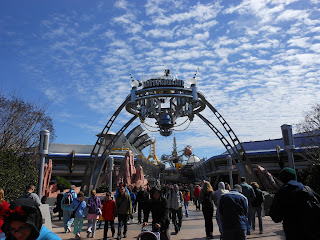 Our first stop was TomorrowLand.
There we watched the Monsters, Inc. Laugh Floor comedy show 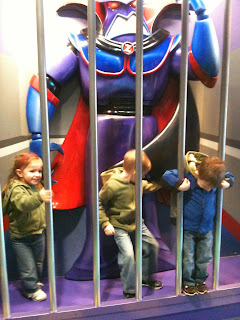 and pretended to be race car drivers at the Speedway

We had lunch at Pinocchio Village Haus 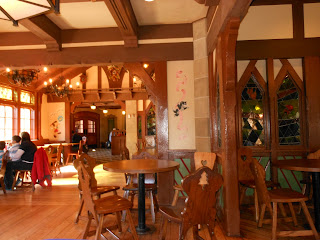 After lunch, everyone but Keith and I headed over to the Hundred Acre Woods. When they were done, they took a ride on Prince Charming's Carousel, and Connor tested his strength to see if he would one day become king: 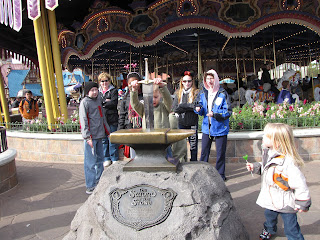 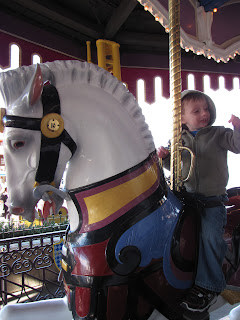 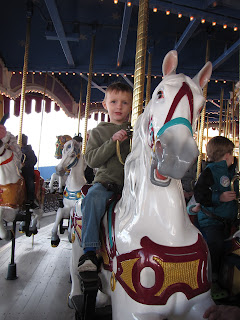 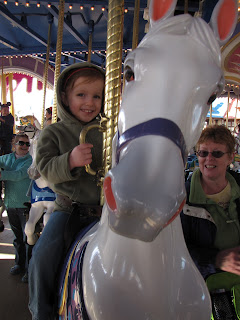