February 28, 2012
After breakfast, we headed over to the Kilimanjaro Safari It was fun learning about the animals,
but also sad as we saw what can happen when poachers enter the savannah.
After getting off the safari truck,
we strolled through the Pangani Forest Exploration Trails,
where we saw gorillas, okapi, and meerkats.
Then we took the Wildlife Express Train over to Rafiki's Planet Watch, where we learned more about conservation. There was even a demonstration on porcupines and opossums.  After riding the train back to the park, we had some lunch where I had the most divine chocolate mousse.  We headed towards Expedition Everest, but only Gramps and Aunt Diana were brave enough to try that ride!
The kids and I checked out the Boneyard to look for fossils: 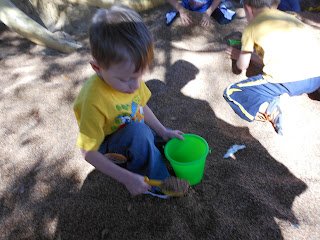 While Colin took a short nap in the stroller, Grammy, Keira, Connor and I went on the TriceraTop Spin: 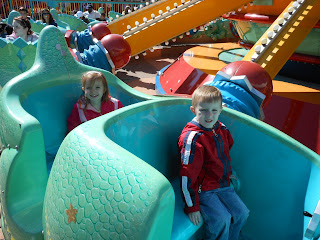 We found pretty good seats for Mickey's Jammin' Jungle Parade.
The kids, especially Colin, loved waving at the people in the parade. 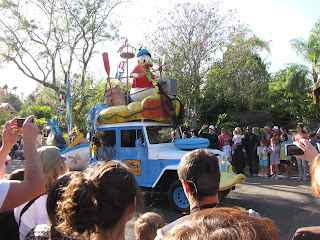 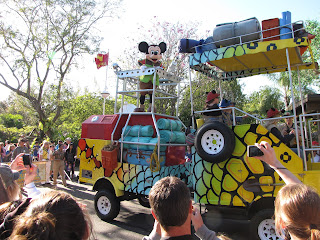 We were pretty tired after this, and although there was still so much more of the park to do, we decided to head back to the hotel for the night. 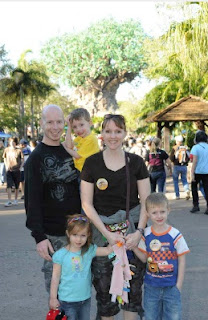