October 29, 2010
Tomorrow is my sixth wedding anniversary.  We had the chance to celebrate a little early this year.  A couple of weeks ago, when we were in Chicago for Keith, we stopped at Navy Pier for lunch at: 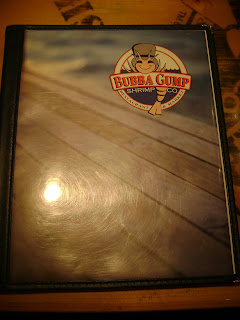 We love this place because of New Orleans.  We spent our honeymoon in New Orleans in Oct/Nov. 2004.  (Side note: nothing beats Halloween on Bourbon Street!)  Anyflasher, we ate at Bubba Gumps three times while we were there.  It was awesome food and great service.
We had planned on going back for our first wedding anniversary, which took place weeks after Katrina hit.  So we had to improvise.  Keith remembered that there was a Bubba Gumps restaurant at Navy Pier, so we went there that day.  To celebrate not only our first year of marriage, but also the fact that I had taken a pregnancy test that morning and it was positive! ;)
So now, five years later, we were back to celebrate six years of marriage.
This sign is no indication of how Keith feels after six years: 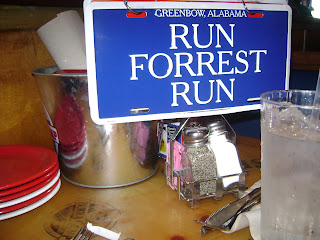 I had this:
I'm so glad we went.  It's not the same as being in New Orleans, but it's pretty close!
Happy Anniversary Keith! May we have many more years of happiness together. 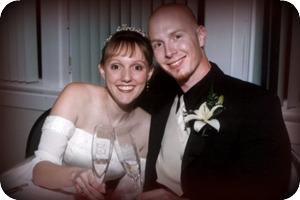 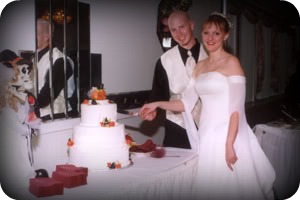