July 11, 2010
Connor loves all things Toy Story.  He even got a TS themed party, although he did have to share that party with his brother and sister, but I don't think he minded. 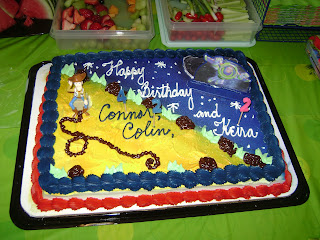 The biggest hit however was the TS sleeping bag his aunt got him.  He is on a camping-kick.  Apparently, he thinks his Daddy is going to take he and his cousin, Lexi, camping in the backyard, and he really need a Toy Story sleeping bag make the experience work out.

But for his actual birthday, I thought I would branch out, and rather do a cake, make cupcakes: 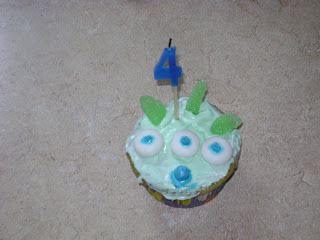 He had a great 4th birthday.  So good, in fact, he can't wait for his next birthday party.  Which apparently he thinks is next weekend. ;) 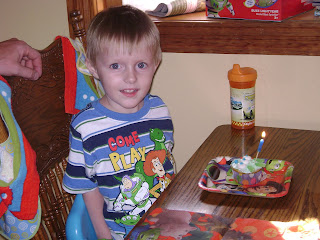